History of the Manville Fire District

A group of public spirited citizens of Manville, led by such men as Edwin R. Handy, Louis Girouard, Joseph Thoin, William Duane Aldrich, Carlisle Vose, Joseph T. Richard obtained from the Rhode Island Legislature the charter incorporating the Manville fire district. On June 11th, 1891, an organization that would come to be known as the Manville Fire Department congregated in Mowry hall. Although Manville had already incorporated itself as an autonomous fire district the previous May, this meeting would mark the first official gathering of the areas fire department.

The meeting, as called to order by one William Aldrich, concerned itself exclusively with the neighboring city of Woonsocket for the provision of water for Manville’s fire and domestic usage. On August 20th of the same year, a second meeting was held which entailed the election of local fire wardens as well as the institution of a twenty-cents-per-hundred-dollars compensation for tax collectors. In addition, one thousand dollars was allotted for expenses and fire wardens were vested with the power to purchase appropriate vehicles for the department. (on January 6th, 1891, a ladder truck was evidently bought from the James Bailey Company for the galvanizing sum of six hundred dollars and twenty cents.) Finally Josephlite T. Richards was appointed to the position of Chief Marshall of the Manville Fire Department. He was to be assisted by one associate Marshall and two Captains.

On October 8th, 1891, taxpayers approved a contract with the city of Woonsocket for the usage of twenty-seven completely functional fire hydrants for various purposes. Manville was to pay thirty dollars per year per hydrant for such privileges.

The First Annual meeting for the Manville Fire Department was held on December 15th. In addition, the tax collectors compensation was set to 5% and the overall tax rate was raised to twenty-five-cents-per-hundred dollars. 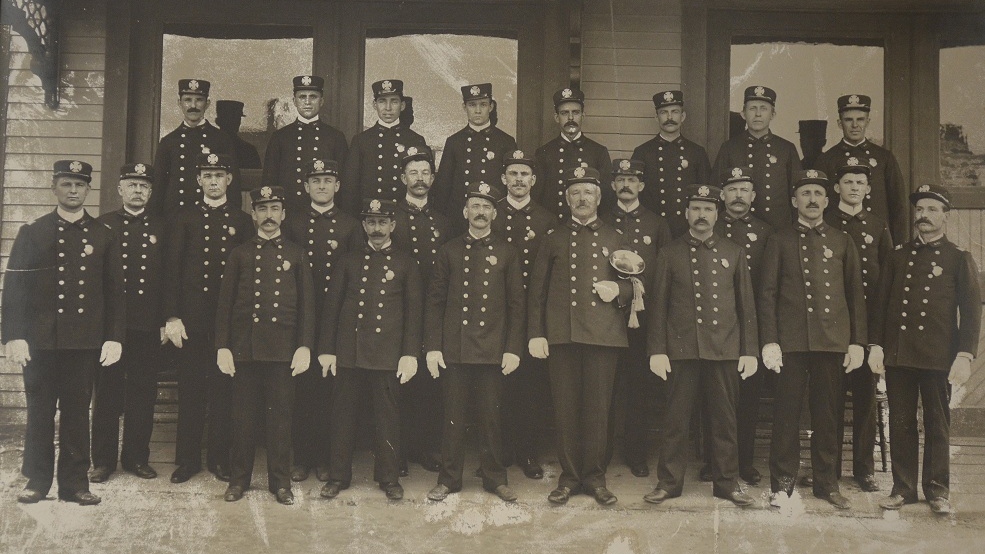